A few years ago now I wrote a blog post over at Inside St Andrews about managing procrastination. Since then I have added another tool to my arsenal in the eternal war against unproductivity and I thought I’d mention it here.

For those of you who don’t spend countless hours of you life playing computer games, RPG stands for Role Playing Game. Described as “an open-source habit building program that treats your life like a Role Playing Game” HabitRPG is free to use and recently made Lifehacker’s list of the 5 best to-do list managers (even beating the ever-popular Evernote, which I also use). Upon starting the game you can create your to-do lists, as well as specify habits you wish to build and daily tasks. You can also customise the frequency at which tasks must be done, as well as their difficulty. Overdue tasks change colour and harder tasks give more rewards when completed. These rewards take the form of money (which can be used to buy clothes and equipment for you character), experience (which will allow you to level up) and various rewards such as cute pets.

Failure to complete tasks (or giving in to bad habits) will cost you health and can even result in your character dying, forcing you to start again. Leveling up increases you health and allows you to unlock various skills that can be used to increase the rewards for completing tasks, or reduce the penalties of failure. Obviously it is easy enough to cheat. You set your tasks and no-one is going to spot if you are actually lying about what you have completed. Despite this I have felt very little desire to cheat, it just takes all the satisfaction away.

Once you reach a certain level you can also undertake various “quests” which involve basically doing all your tasks on time in order to damage “monsters” which will also add extra penalties for missed tasks. You can join up with other users to create parties in order to battle these monsters. This is useful because the risk of letting down your party members serves as extra incentive to tick off your whole list. There are even guilds where people share stories and advice, including a Graduate Students Guild.

Looking at my screenshot one thing you might notice is that my habits list includes a lot of basic things like eating meals. This is left-over from when I first started using it during a particularly rough patch. Back then even eating felt like a chore. These days I keep those sorts of things on there to avoid backsliding  (and also for easy points).

The one downside of HabitRPG is it does look unmistakably like a game, making it kinda awkward to use in the office. Then again my co-workers have caught me looking at much sillier stuff. 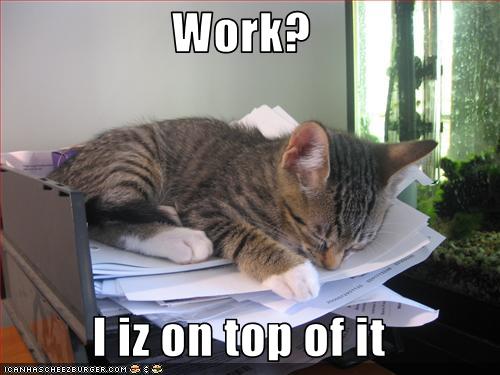 I used to be BugPhD, but I finished and moved on to insects new. View all posts by MothProf